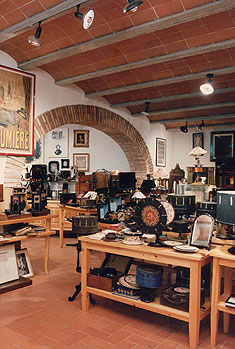 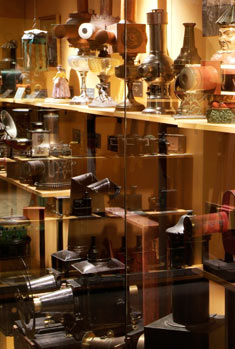 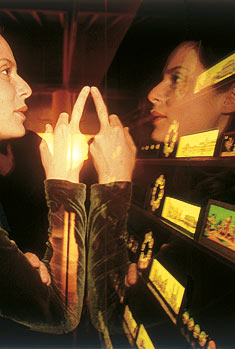 The Tomàs Mallol Collection comprises approximately 20,000 pieces. Apart from nearly 8,000 objects, devices and their pre-cinema and early cinema accessories, there are almost 10,000 documents with fixed images (photographs, posters, prints, drawings and paintings), 800 films of all kinds and a library with over 700 books and magazines.

The objects presented date from the mid-seventeenth century to 1970. The bulk of the collection is from the years between the second half of the eighteenth century and the first third of the twentieth. Tomàs Mallol has always taken into account the good state of conservation of the pieces acquired; he has systematically fitted them out and kept them in suitable conditions in a place built especially for this purpose.

Tomàs Mallol built up his collection mainly between 1968 and 1998, thirty years in which he visited the principal markets and auctions in, above all, Catalonia, Spain and France. He established many personal contacts with antique dealers specializing in the cinema and photography, who notified him every time they had a pre-cinema object for sale.

The assessment of this collection can be made based on two of its essential characteristics:

A strict sense of science and history

One of the principal characteristics of the Tomàs Mallol Collection is the systematic criterion that he used when acquiring pieces, ignoring all personal or arbitrary tendencies. The basic idea was to collect all the elements that make up the prehistory of the cinema and its early years of existence. That is, all the objects that explain how images were shown before advent of cinema and what the technical process was that made the invention of the cinematograph in 1895 possible. Therefore, and from the very beginning, parallel to the collection Tomàs Mallol created a library specializing in pre-cinema, which he used to research the objects that had to be acquired. Mallol followed four basic lines in the formation of his collection:

Apart from these avenues, Tomàs Mallol also extended his purchases towards two equally interesting other ones, which show how cinema technology became popular in the society of the twentieth century:

The collection's suitability for museum and educational purposes

As a consequence of the previous point, we must say that the collection's museum and educational suitability is exceptional, not just because of the historical, scientific and research value of the objects conserved, but for its discourse, which allows us to follow and understand, step by step, the prehistory of the cinema and the history of its beginnings.

In short, we may conclude that, due to the quantity, the quality and the coherent discourse of its pieces, this collection may be compared with those of the finest museums and private pre-cinema collections in Europe.